A ragu’ is a sauce from the central section of Italy, specifically Bologna. It can be made a multitude of different ways, but there are some special preparation tricks, which will make it taste amazing.

It does take time to prepare, but if you like pasta and want a truly authentic Italian classic sauce, this is it. It\’s not a difficult recipe, but you need to follow the steps. It really can\’t be rushed.
You can use any meat you want, but I have found that the following recipe makes a really special sauce. In the central part of Italy, sometimes they use wild game like venison, duck, wild hare or cingale (boar). If you’re feeling adventurous, go for it! 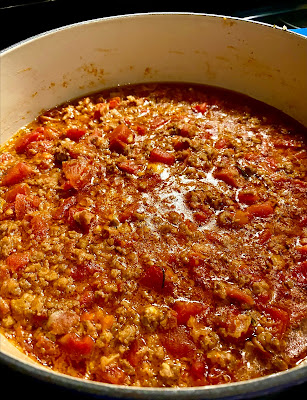 Since this is such a dense and rich sauce, make sure you don’t overload the pasta. In Italy they toss the pasta gently with the sauce, sprinkle with freshly grated Parmesan and serve immediately.
This is one of those recipes that is great when served with fresh pasta. Traditionally, tagatelli or papardelli is the most common. I would pair this with a nice Chianti, Barolo or if you want something a bit lighter a Valpolicella.
Ingredients
4 Tbsp. Butter 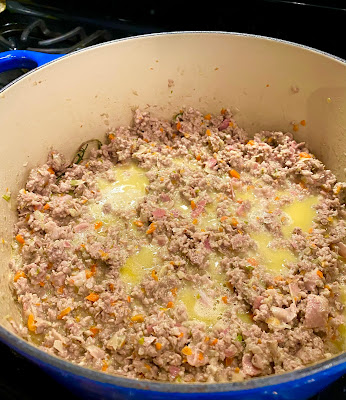 Once the mixture is almost dry, add the wine and nutmeg, and cook over medium heat stirring occasionally until it’s almost all evaporated.
Now you may add the tomatoes and bring it back to a simmer and then cook slowly for at least 4 to 8 hours. The sauce should just barely bubble. The key to this sauce is the slow simmer, and the time of cooking.
After it’s finished, it will freeze very well, but you need to reheat it for at least 30 minutes before serving. In addition, since it is so rich, make sure to put a little bit of water in the bottom of the pan, otherwise it has a tendency to stick and burn during re-heating.
Serve it with any fresh or dried pasta, and if you want to be very authentic, serve it with fresh tagatelli or papardelli and grated Parmesan cheese.

Food, Travel and the Bella Vita. Based in Old Louisville by way of Pasadena California.